Main purpose of the gathering was to provide an update on the project development in particular with regards to the outcome of the boundary demarcation exercise, the land lease agreement situation with the involved families and clans, the upcoming geotechnical survey and generally on the outlook regarding start of construction and implementation of the wind farm.

After the prominent publication of the Ayitepa wind farm in the budget overview released recently by the new Government, the project became even more known to a larger part of the regional and supra-regional population, while the local population living in all involved communities is well aware of the upcoming construction.

The participants included the family heads as well as women and youth representatives of each of the land-owning families. Further, representatives of the Ningo-Prampram District Assembly, the Ningo Traditional Council and the company carrying out the demarcation work on site were present.

From the project developer side, representatives of each of the involved companies were present, including Mr. Michael Schoultz, Mrs. Jennifer Boca and Mr. Joseph Addai from Lekela BV, Mr. Liam Leahy and Mr. Pule Segale from Mainstream Renewable Power as well as Mr. Michael Wuddah-Martey and Mr. Michael Adu-Yeboah from NEK (Ghana) Ltd. In addition, the whole local team from the NEK-Ghana Ayitepa office was present.

As in the previous community engagement events, the programme consisted of two parts. At first, the project developers held a presentation to outline in details the future work for the development. Part of this presentation can be downloaded from the following link. In a second part, an open forum was held in order for the participants to ask questions and provide feedback and comments.

The programme was closed after more than 3.5 hours of very interesting discussions by a speech of Mr. Matthew Tay, Ningo-Prampram’s District Co-ordinating Director and currently Acting District Chief Executive. He expressed again the District Assembly’s full support for the project and appealed to all invitees to collaborate with the project developers.

Again, this event once more was a full success and showed the commitment of the population to support the wind farm development and its construction and operation. 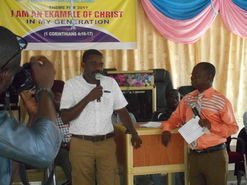 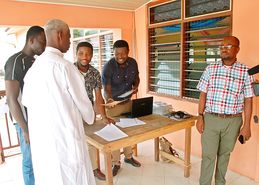 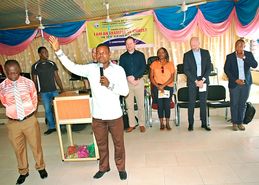 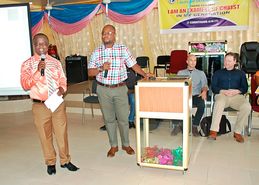 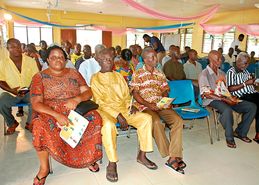 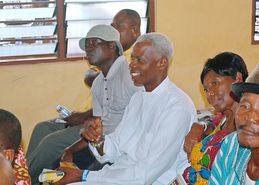 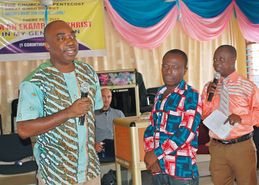 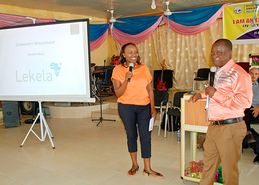 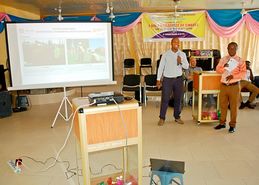 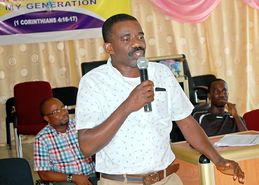 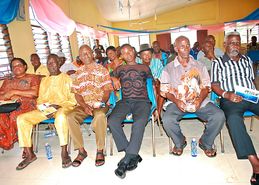 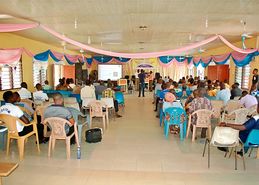 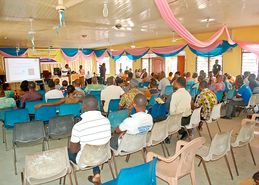 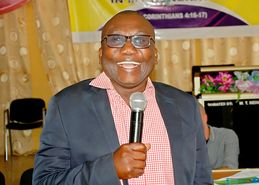 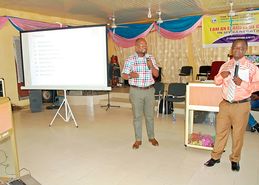 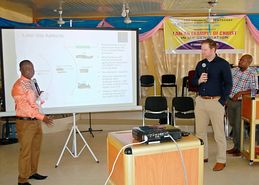 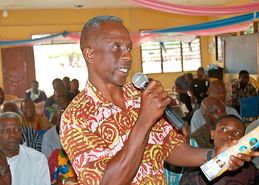