Students and teachers from twenty selected schools from the Great Ningo Traditional Area within the Ningo-Prampram District Directorate of the Ghana Education Service, Greater Accra Region, cheerfully celebrated the Global Wind Day 2016 on the 22 nd of June in Dawa. The students had been participating in a drawing contest sponsored by Lekela Power BV and Upwind Ayitepa Ltd. with the topic of “Wind Energy for Ghana”.  From each school, the best drawings had been selected and their creators, as well as representative teachers, had been invited to the event. Thus, the prize-giving to announce the winner drawing was eagerly anticipated.

The event was absolutely in the hand of the students themselves as they were in charge of the whole moderation. In the name of the Hon. Alhaji SA Rhack Nartey, District Chief Executive of the Ningo-Prampram District Assembly, and of Nene Kanor Atiapah III, the Mankralo and acting President of the Ningo Traditional Area, the students presented very nice welcome addresses (read DCE address and Atiapah address). Afterwards, they held recitals regarding the planned 225 MW wind park. “Great Ningo says “thank you” for coming to our land to support the Upwind Ayitepa Wind Farm”, recited a student from FOTLOH Academy International School, Mangotsonya, Old Ningo. Cornelius Kofi was referring to Lekela Power who will be the investor and operator of the wind farm (read Lekela recital and Great Ningo recital).

After the recitals, it was time for some music and the children choir of FOTLOH Academy International School was performing. By this time, the students were already eager to hear who would finally bring home the prizes of the drawing contest. NEK staff had ranked the forty drawings submitted and Francis Tsatsu Owulah, Community Liaison Officer in Ayitepa, said that it had not been easy to select the ten best drawings in within all this beautiful art works.

Finally, it was announced that David Apedo from Nyigbenya DA School won the contest. He had submitted a technical drawing of a low wind turbine which had convinced the judges from NEK because of being very precise and showing great drawing skills. In the second rank is Charlotte Odum from Ngmetsokope DA School, and ranked third is Aaron Tetteh from Old Ningo Presby School. These top three students won a soccer ball for their school as well as a school bag stuffed with school supplies. Ranks one to ten were then also awarded with note books, math sets, pencils sets and other school material (see Ranking List).

The Ningo-Prampram District Education Director, Mrs. Matilda Amy Quartey, handed over the prizes to the students. She acknowledged the efforts of the students from FOTLOH Academy International School for their skilful drumming and dancing and their recitals and reading of the addresses.  Mrs. Quartey was glad to be part of the second Global Wind Day celebration which offered her the opportunity to learn much about the use of wind for the production of electrical power for Ghana.  She thanked the wind promotors for their interest expressed in the education sector and looked forward for more of such support in addition to the school refurbishments to equip the school children with learning opportunities for higher levels in the future.

The event in Dawa was closed with a spectacular performance of the school children doing dancing and drumming of Okpli, kpatsa, kpalogoand gbekor. Lekela and NEK are extending warm congratulations to the awarded students and would like to thank all the students, teachers and school heads involved. 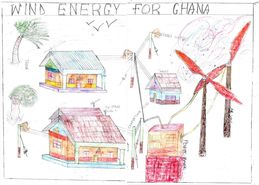 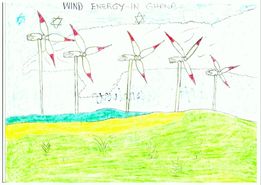 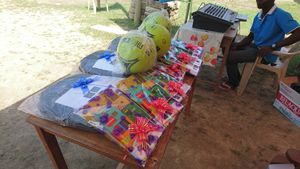 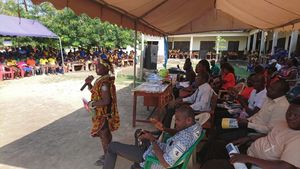 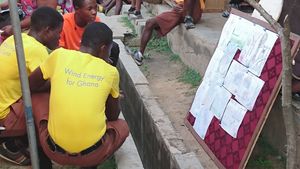 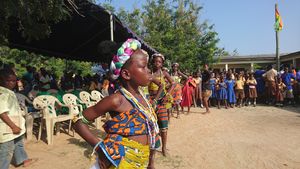 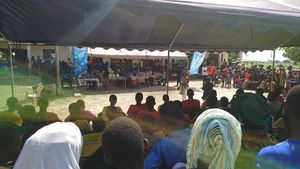 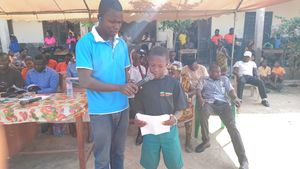 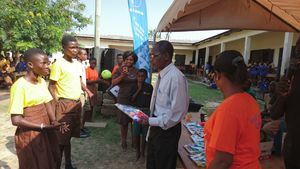 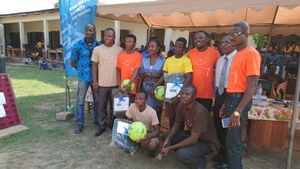 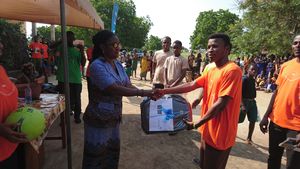 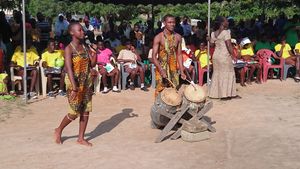 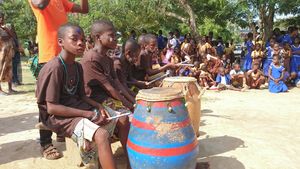 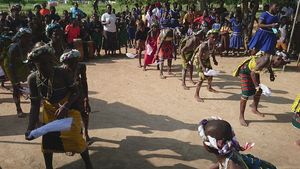